What if I would photograph the car key, nicely placed on the front seat? It should be a cool photo to share on Instagram at the beginning of my drive test. I had this thought on my mind for three days until I received something that looked as cheap as anybody could think of when it comes about cheap, with two buttons on a side and the Suzuki logo on the other one. The car key was ugly. I just couldn’t take a picture of it. Not on that day, nor in the following. If you read this and raised a brow, dear reader, you should know that women are very strict when it comes to design.

Since I didn’t take my kid with me this time, I don’t have a funny story to share about how the whole universe worked against a smooth transition between the cars. I was actually able to have a first impression about the Suzuki Swift Sport right after I climbed into it. Honestly, I have been a little bit disappointed by its interior design. It reminded me of the first car I ever traveled with. And that was happening back in ’92. While innovation is reaching its peak with the development of autonomous cars, the Suzuki Swift Sport seems to have gotten stuck somewhere when millennials were being born. However, this car has a lot of technology behind its vintage appearance and this is a blend I started to love as I began to spend more time in the company of the Suzuki Swift Sport. Please step inside 🙂

I must admit that I looked like the straight-faced emoticon when I pressed the start-stop button but when I pushed the throttle, everything I had on my mind so far about the Suzuki Swift Sport just vanished. I smiled. And it was an evil smile. Oh, my weekend was going to be so wild. The first feeling I had while I was driving the Suzuki Swift Sport on the highway was that it was glued to the road and I had to struggle to keep it moving. It was the first time I was driving a sports version of a car and I must say I was impressed. The power and strength blend in a mesmerizing way. The noise is music to the ears and food to the rebel soul. It may not have been love at first sight between me and the Suzuki Swift Sport but the bond we created has been built to last.

But what about the exterior design of the car?

I will say « cute ». This is a cute car. It has a great shape and the part I liked the most was the back of the Suzuki Swift Sport. Because I tested the sports version, I got to see how driving feels with two exhaust pipes in the back. It gave me quite a NFS feeling:).

I tested the Suzuki Swift Sport on German roads and the photo shoot took place between the vineyards from Bernkastel Kues (I know, I’m so creative, I chose the same theme as for the Opel Grandland X review but hey, can you blame me, vineyards look so nice in pictures:). Also, the color of the car, called burning red, was a perfect match in that landscape). 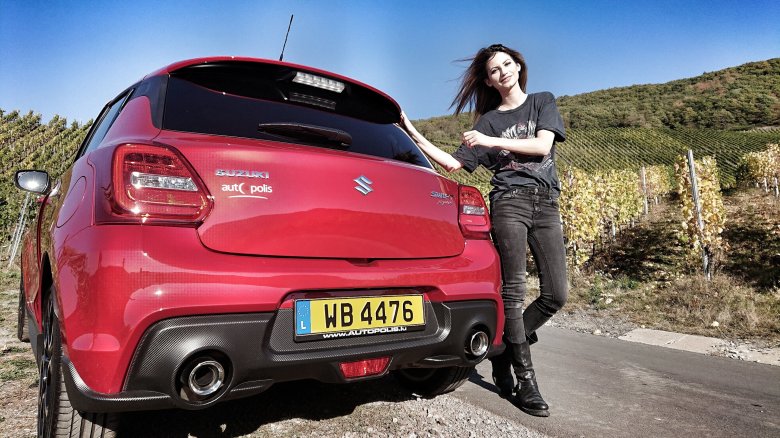 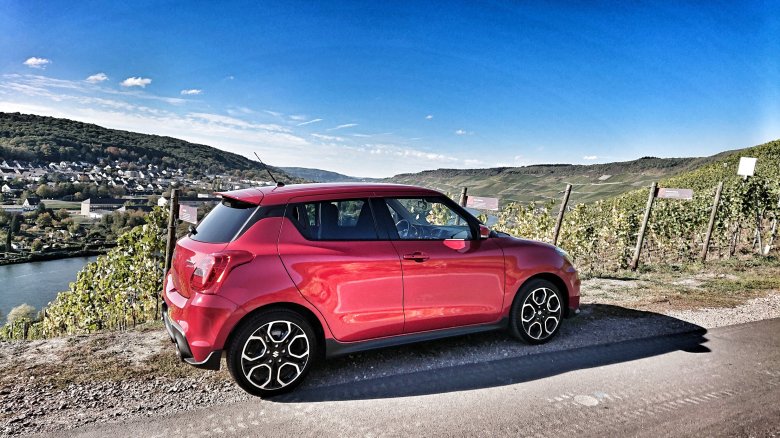 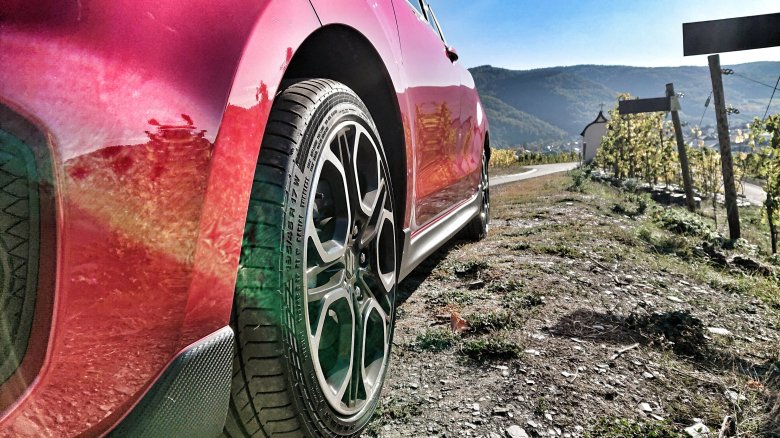 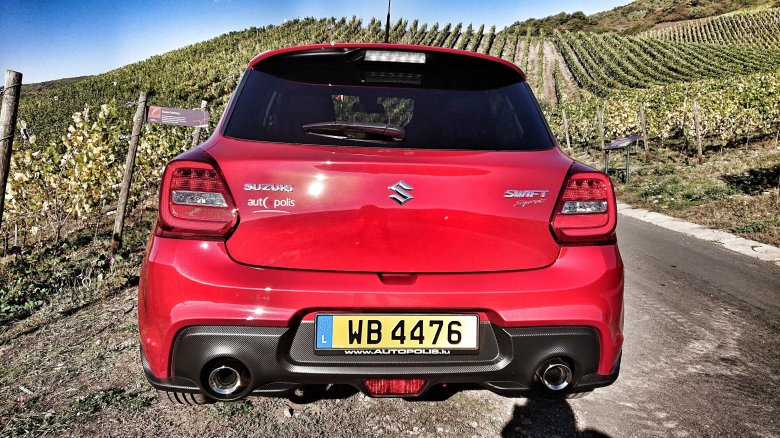 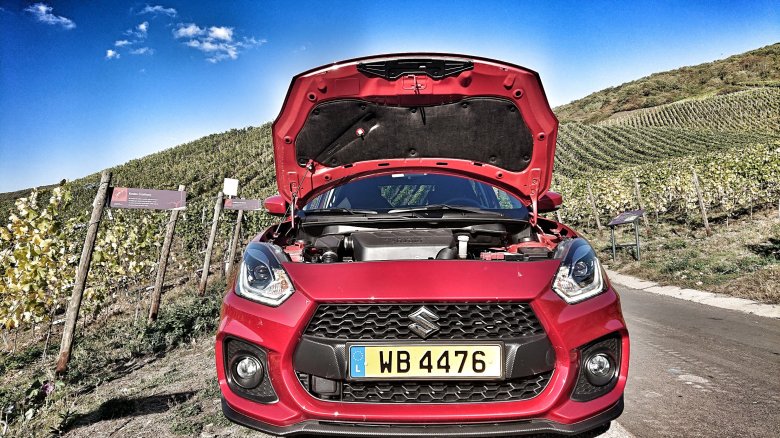 Regarding comfort, if you expect to just lay behind the wheel and let the car do 90% of the job, then this is not a choice for you. But hey, this is how sports cars are supposed to be! Yes, you have the already well-known options like the autopilot, cruise control and that pretty feature that lets you know if you overcross the lane line. But somehow I felt that this car wishes from the bottom of its engine to be driven in a classic way, no sugar added 🙂 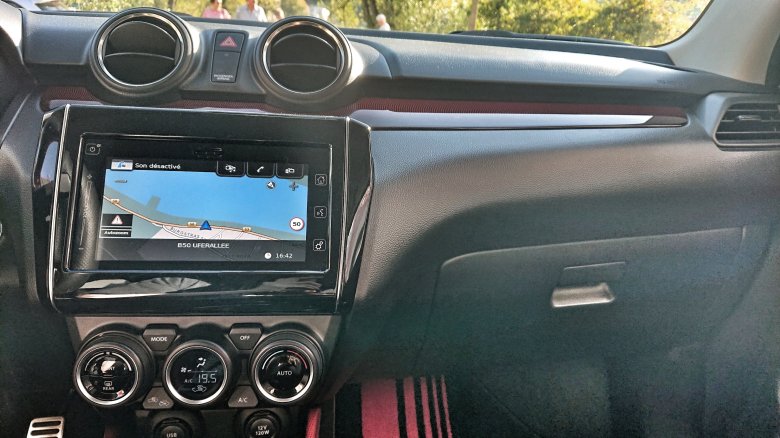 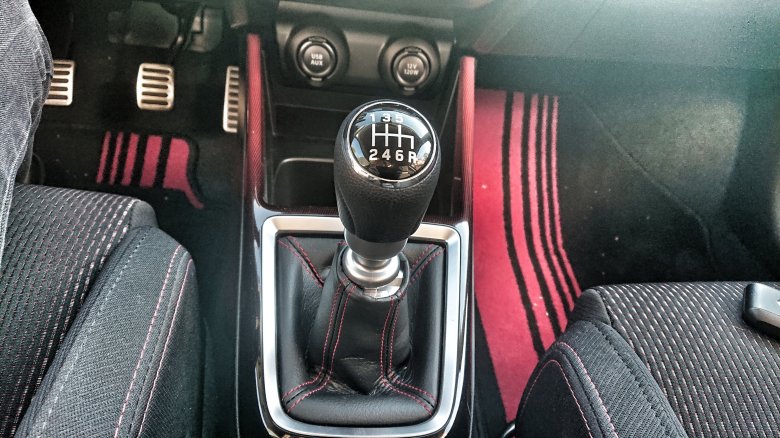 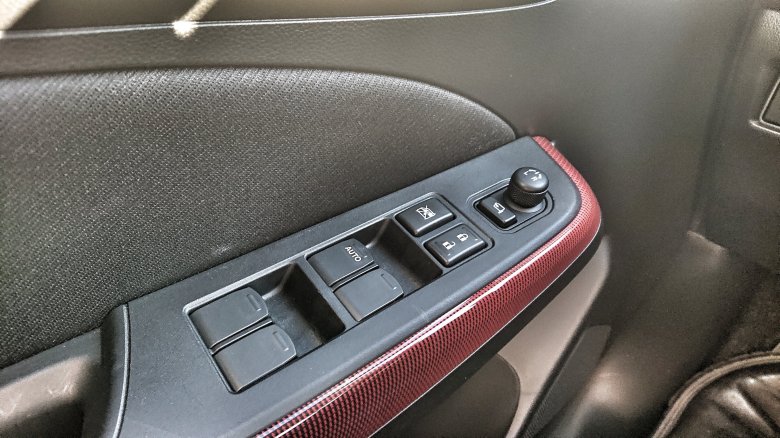 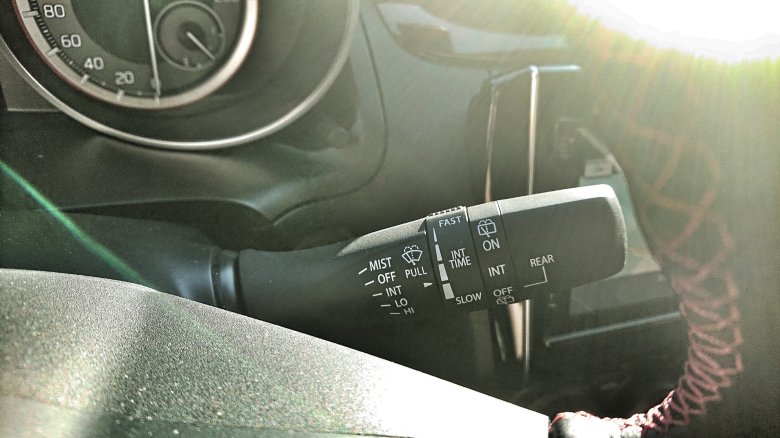 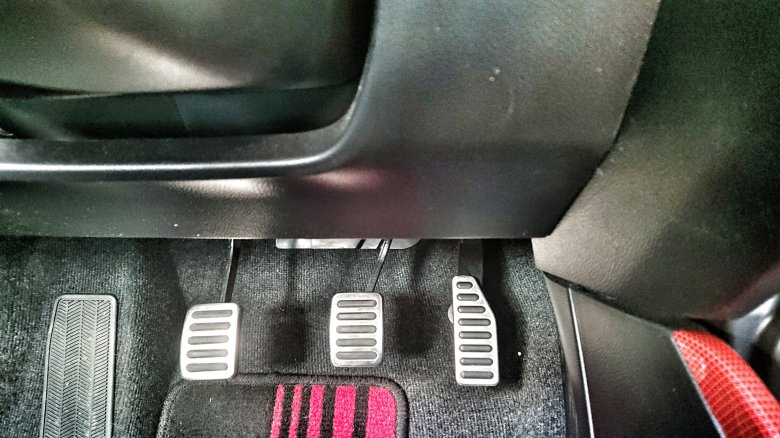 Should I say this car isn’t suitable for a woman? I won’t. Because if you’re an urban lady that wants a small yet powerful car, this is the right choice. It’s easy to drive in traffic, it’s easy to park. The car I tested didn’t have park assist but hey, you don’t really need that for such a small car. Check out the steering wheel

If you have kids, things change. Actually, I wouldn’t recommend this car to moms if they intend to use it on a daily basis. I don’t think there is enough room in the back of the car since I struggled to put my kid in the car seat. Also, the trunk is very small. If you want to put in it some shopping bags and a baby stroller this car is a deal breaker.

The small and cute display I found in this Suzuki Swift Sport is well organized from my point of view although you can sometimes get lost between the options 🙂 I think the idea of displaying 4 big areas that are of real interest for the driver is very good. Find out more in the video below.

Overall, my opinion🤔 is that the Suzuki Swift Sport is a great car for women, but not for moms!

The Suzuki Swift Sport was courtesy of Autopolis Luxembourg, my partner for this test drive.